Place of Birth: Zwolle, the Netherlands

I was born in the middle of the Second World War during the Nazi occupation of the Netherlands. I was the only child of Dutch Jewish parents. Shortly after my birth my parents and I were forced to move from Zwolle (East Holland) to the ghetto of

Amsterdam. At the age of 4 months my parents decided to entrust me to Dutch non-Jewish friends.

In June 1943, my parents were put on transport from the ghetto of Amsterdam to the Dutch concentration Camp Westerbork. In July 1943, when I was 6 months old and in hiding with the non- Jewish family, they were transported to Sobibor. On their arrival  they were immediately gassed. My father was 27 and my mother was 24 at that time.

Almost my entire family perished in the Shoa.

In May 1945 when the Second Word War ended, my paternal grandmother survived in hiding searched for me. When she found me she snatched me away from the Protestant family where I had lived for the first two and a half year of my life.

My grandmother and I lived in Rotterdam, where I went to school and studied optometry and mechanical engineering.

When I was 8 years old, I accidentally discovered some papers that belonged to my birth father. I found out that my biological parents had perished in the war and that I was an orphan. Up till that moment I thought that the non-Jewish parents were my real parents.

I married in 1965 and have two daughters.

I founded a Company which employed 150 people with branches in Europe and. In 1983 the company was sold.

I came on Aliyah (immigrated to Israel) with my family in 1986. Sailed in 3 month from Amsterdam to Tel Aviv. 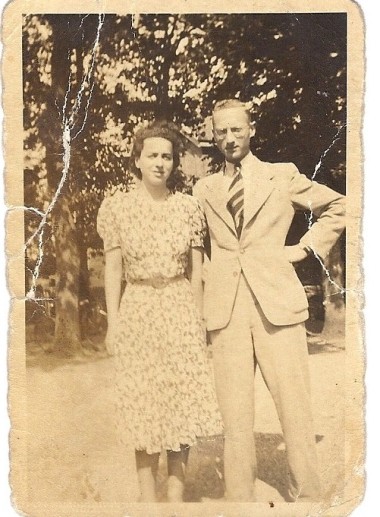 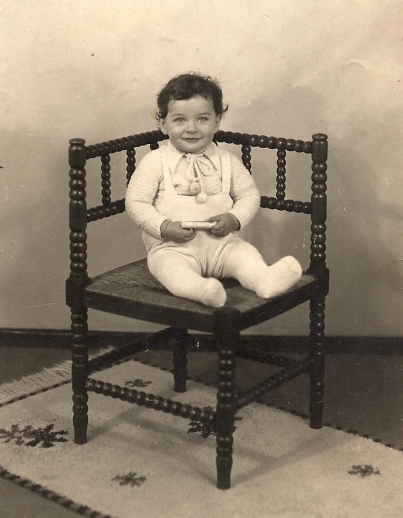 Haifa University faculty Phycology: Hidden Children their traumas during and after the Shoa.

USHMM Washington presentation and explanation of ‘Life Calendar of a Jewish Boy’ The original life calendar is in the USHMM.